Specialization is for Insects

I have been talking about team work with my team lately. It seems that a 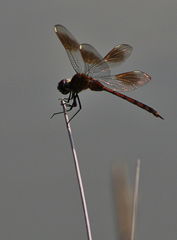 common issue that comes up, is specialization.
Everyone has a place, everyone is a piece of the machine, each piece should know what to do, and they should all work in perfect synchronization.

I know that this is the common belief, it just doesn’t feel right to me.
As I always give examples from sports teams, the team keeps on giving me the example of football (soccer) in which each player has his place.

Then I saw the amazing game between Barcelona and Real, and I noticed that what makes the former the best team in the world is that every player can do all the different jobs.
The defender Gerard Piqué run from his defense position to help the wingers then continue running to help the strikers and score a goal. Amazing.

This is what an exceptional team looks like, there is no specialization, to be the best team, everyone must know and be able to do all jobs. This will allow them to understand and learn a new point of view and be able to fill in.

A developers must be able to do other jobs to become exceptional.

I had a casual talk with a developer. He said that he would never do a QA’s job, it boring, below his honor, he would do all he can not to do it. In his company they sometimes had to do a week in QA, but he would not do it, he would just sit around and not do it. No wonder developers are becoming sloppy and allowing bugs to flow to the QA team.

To become an exceptional, you have to understand the other parts of the system, and to do that you have to do it yourself.