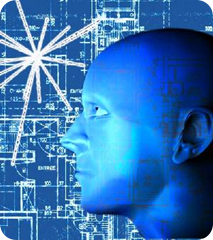 goal. I talked before about Team work and how it is possible that by completing your own goal you will hinder the teams goals.

Team A wrote an encryption library some time ago, now team B needs encryption too.

Team A wrote the library without the use of an interface simply because they never needed one (they only use one encyptor).  Team B now needs an encryptor which is slightly different from Team A’s.  What would be the best way for the organization to proceed is for team A to modify their code and have an encryptor interface – something that wasn’t needed before.  Team A has no real incentive to help by modifying their code.

How does your organization facilitate this?
This is really hard as there is too much pressure to do the opposite. As a self organized team trying to reach its own goal, Team A, will always put this rework low down on the list. I am sure that team B will then decide to just write it themselves instead of trying to convince team A to do the job and become dependent on them for maintenance. I know of many organizations where team B will just copy team A’s library and work from there, what a waste, how un-lean.

Integrity to the rescue.

Here is how it can work with integrity management:

At the team leader weekly meeting:

Team leader B: “the team will commit to writing an encryption.”
Team leader A: “we already have an encryption”
Team B: “great, can we have it”
Team A: “sure, but we will have modify our code”
Team B: “so can you commit to modifying your code?”
Team A: “well, we have other things to do”
Team B: “This is critical for our development, but we can use it only for ourselves”
Team A: “The company will benefit from it, so sure, we will modify this code”
Team B: “Do you know, when can we have it ready?”
Team A: “I will get back to you and tell you”

After Team A’s weekly meeting, Team B is told:
”We intend to complete the rewrite by the end of the week”

By Wednesday, team A understand that it will take some more time, they tell Team B:
”We need to change that, We intend to complete the rewrite by Monday EOD”

Monday EOD, Team B gets the new library to work with.

Notice that team B, doesn’t need a daily meet with team A just to ask for the status (all other tasks that they are doing are not really interesting), they can spend their time working. The end result is that the the organization did what is in its best. The communication is clean.

In the following week, while talking about the status, team B will say.
“We had a dilemma, we didn’t know if we should wait for team A or write an encryption library ourselves , but they committed and we never had to ask them about the status and even though there was a glitch, we knew about it and managed to do other things. This worked out really well!”