Management for Geeks: Have a good fight

Joel has a post about being a program manager. It is a good read, but this is what took my attention:

The number one mistake most companies make is having the manager of the programmers writing the specs and designing the product. This is a mistake because the design does not get a fair trial, and is not born out of conflict and debate, so it’s not as good as it could be 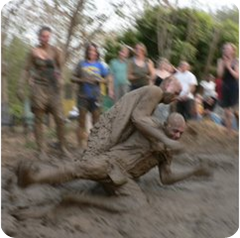 As Roy and Myself are very opinionated, and we are not big  enough to have a program/product manager. We have to enable the debate.

Unlike Joel who has to struggle for the debate, we are trying to make it part of our DNA, of our excellence. So whenever there is a consensus it is a sign of disengagement and not of agreement.

If a debate doesn’t kick in you can create it by role-playing. Get someone to be the devil’s advocate, sky-gazer visionary and an action oriented executive and start the debate.