Break down tasks to controllable actions 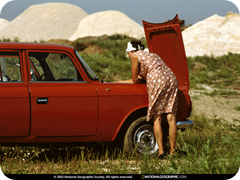 to learn. It is not complicated and it is a pillar stone of Management by Integrity

Before I use integrity management, I saw this task as a goal: get a new developer on board. The task is not complete until a developer is actually recruited.

Here is what happened.
I went through 30 resumes and become discouraged by the fact that I found only 3 developers and that only 1 answered the phone. I felt under pressure as I want to complete this task and go on with other (more important) things. I would then either become sloppy and recruit the first developer that I met or just let the task fade and not recruit anyone – Both are bad outcomes.

Using integrity management, I understand that completing the task is not something that is in my control – as the developer always has the final choice of coming to work in Typemock (which is a great place to work)

There is a logic. Out of 10 resumes, 1 would probably be fit for an interview and 1 in 5 interviews will be good enough to offer a job. So 50 resumes will lead to 1 offer. I like to give 3 offers so that 1 would sign up. So I can complete this task after 150 resumes. i.e. in 15 days.

So my weekly actions are to review 50 resumes, this means 10 resumes each day. This is quite possible as it takes ~3 minutes per resume, so it will take me half an hour to complete. I said it, I intend to do it and actually do review the resumes. What is most exciting is the feeling of accomplishment at the end of the day when I get to tick off that task in worksheet: I reviewed 10 resumes! on some days these can lead to 3 phone calls, and on others to no phone calls at all. Either way it is ok, as I am still in integrity!

There is a huge difference between feeling accomplishment  (integrity management) to discouragement (goal oriented management)!
Guess what? After 2 weeks I went through 100 resumes and interviewed 5 developers, I felt really encouraged, enough to look through another 100 resumes, and get the best developer on board.

Using the same technique – I break down every task (goal) to actions that are in my control! This leads to great success. It makes it clear that it is only up to me to perform these actions, there are no excuses!

Quiz: How do you deal with not having 10 new resumes each day?